The WWII Japanese American Internment Museum will celebrate its fourth anniversary Tuesday-Wednesday, April 11-12, 2017, at the museum. Tuesday will be a meet-greet day for former internees and guests and an opportunity to tour the museum. The anniversary program will begin at 1 p.m. Wednesday in the breeze-way area outside the museum. Walter Imahara, former internee at Jerome, will be the speaker. The event also will include remarks by the president and former president of the McGehee Industrial Foundation, recognition of the 75th Anniversary of Executive Orders 9066 and 9102, roll call of the ten camps, and background on the two Arkansas camps. 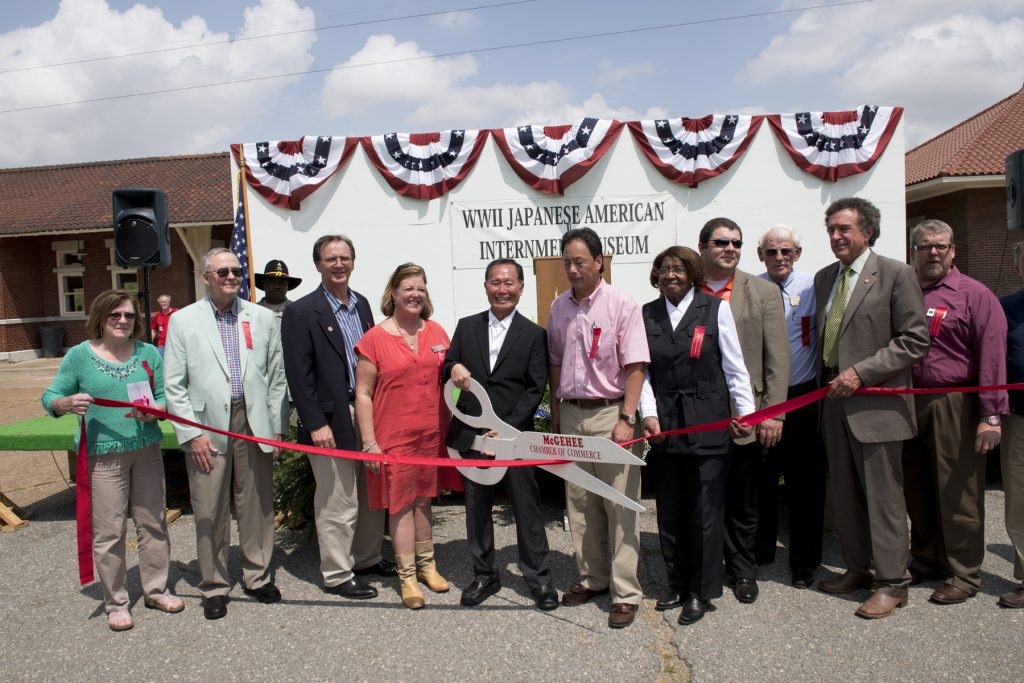 From the Grand Opening April 2013